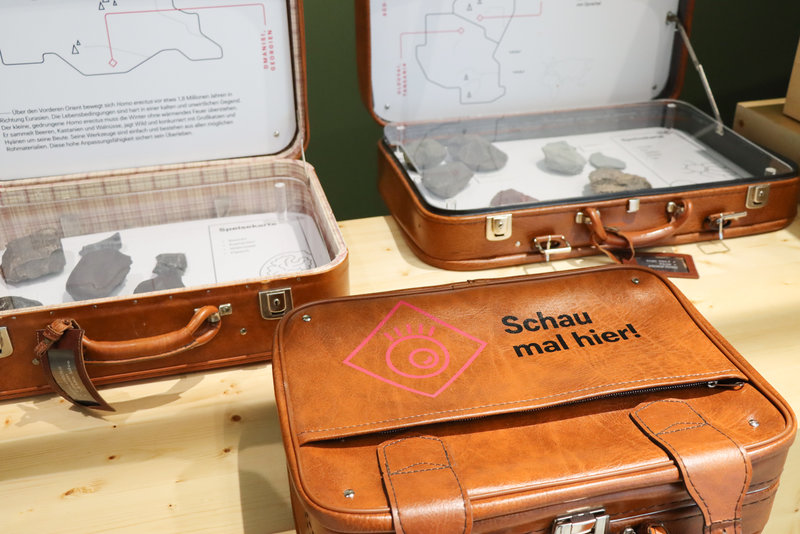 Migration is a major topic in current political and social debates. A new special exhibition at the Forschungsmuseum Schöningen is now also dedicated to this: "2 Million Years of Migration" opens its doors on April 2 and looks back at the earliest history of human development. It picks up on the museum's current idea of diversity and shows that mobility and migration are not phenomena of the 21st century, but essential components of being human. We, too, are migrants. Our roots lie in Africa and West Asia. The road to today's Homo sapiens was a long one, and a wide variety of stations have made us what we are today: Humans. In search of food, water and other resources, our ancestors have moved both on a small scale and across continents. But what are the reasons for migratory movements and how have they shaped us?

In four chronological sections, the exhibition tells about the earliest human history from the point of view of migration: the first migrations of Homo erectus 2 million years ago, which eventually led from Africa to Asia and Europe; the emergence of anatomically modern humans about 200,000 years ago in East Africa and its spread to Europe and Asia 40,000 years ago; the immigration of arable farmers and cattle breeders from present-day Turkey to Europe 7,500 years ago; and about 4,500 years ago the migration of people of the "Corded Ware Culture" from the eastern steppe regions and, a little later, of representatives of the "Bell Beaker Culture" from southwestern Europe. Such events always led to intermingling and cultural exchange among the groups and finally, in the late Neolithic period, to the first multicultural society with complex social and economic characteristics.

Packaged in an unusual design, the exhibition invites visitors on a journey of discovery, asking how the human journey began and what causes, mechanisms and effects lie behind the phenomenon of migration - then and now. Visitors find out how our ancestors spread out from Africa. The latest results of paleogenetics reveal our roots. The exhibits, including high-quality replicas and 3D prints of original finds such as tools, weapons, skull fragments and ceramic vessels, as well as maps, are hidden in suitcases, boxes and drawers. They stimulate  to explore and illustrate why and how people (em)migrated and what consequences this had.